Through the Eyes of Children Photography Project

Through The Eyes of Children: The Rwanda Project (TTEOC) is a non-profit organization founded by American photographer David Jiranek, in 2000. He came to the Imbabazi Orphanage and decided he wanted to help us by teaching some of the children photography. 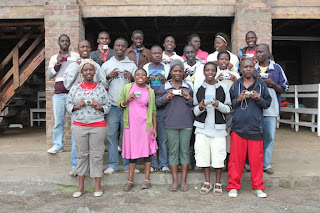 Nineteen children from the Imbabazi Orphanage have participated in this project. The purpose of this project was to teach orphans photography, to create memories, to let us express ourselves and share our photos with the world. We shot photos in Gisenyi where we lived for seven years before coming back to our home in Mutura. At the first workshop, we used disposable cameras but now we use digital cameras.  Jaqueline’s photo ,from the first workshop, titled “Gadi at the market” won first prize for portrait in the 2001 Camera Art Magazine photo contest. This project has been successful because we have been able to document our lives, learned a lot of photography and it has been able to raise some money to pay a portion of our education fees.

Our photos have been exhibited around the world, even in Rwanda in 2001.
Recently, we had a workshop from 8th-11th of January. During this workshop we learned photography skills and discuss how we can continue our photography on our own.  The first day of this workshop, Saturday, we walked in the community shooting photos. The next day we did the same thing. On Monday, we took a trip to Gisenyi. There we visited Ubumwe Community Center where Zachary and Frederick help people who have different physical and mental disabilities. We took photos of the people there. We had lunch at the Auberge restaurant then shot photos around Gisenyi town.  After this, we headed to Paradise restaurant near the brewery about 5 km from Gisenyi town. There we shot photos around Lake Kivu. Then we turned back to Mutura.  On the last day of the workshop we walked to the market near our home called Kibumba market to take photos of the people selling their goods. Also, a few of us took photos at the local primary school.

On the 12th of January at 5:30 am we took a bus to Kigali for our final day of working with TTEOC. From 10am until 4pm we met with the press, professional photographers and artists who told us about their jobs. During these seminars, we learned how we can earn money from our photography skills. 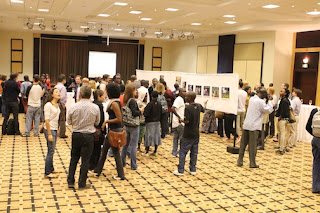 After the seminars we prepared ourselves for our main purpose of going to Kigali, our photo exhibition. The exhibition included our photos from the entire ten years of the project. This took place at the Kigali Serena from 6-8pm. During the exhibition, many people came from different organizations and even some representatives from the government attended. Also, press representatives such as newspaper reporters, radio reporters, and Rwanda TV station came. Some of us were interviewed by the reporters. Before closing the exhibition, we were given an official certificate of achievement. We felt very proud being called professional photographers.
After the exhibition, we spent the night together at a hotel in Kigali. After breakfast the following day, we said goodbye to everyone from TTEOC and headed back to Mutura.
For more information or to buy a print:
www.rwandaproject.org
http://www.facebook.com/RwandaProject